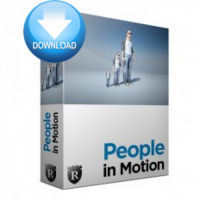 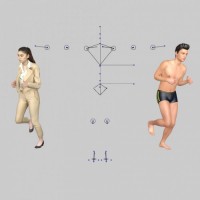 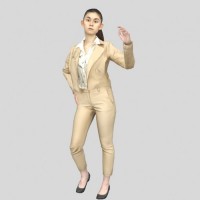 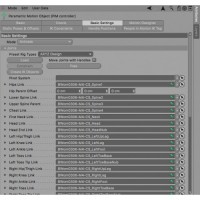 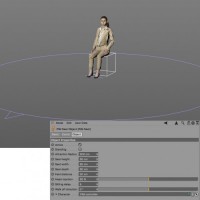 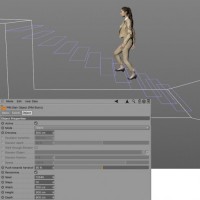 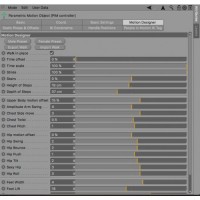 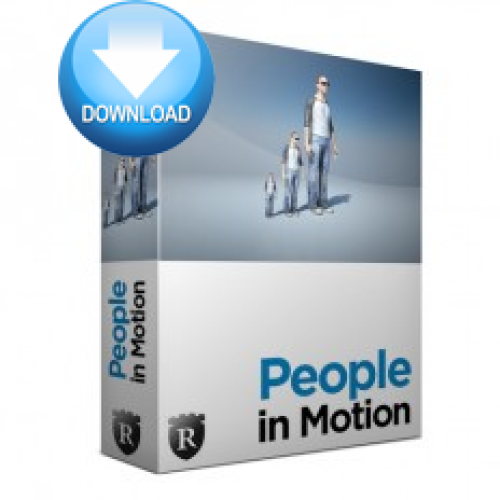 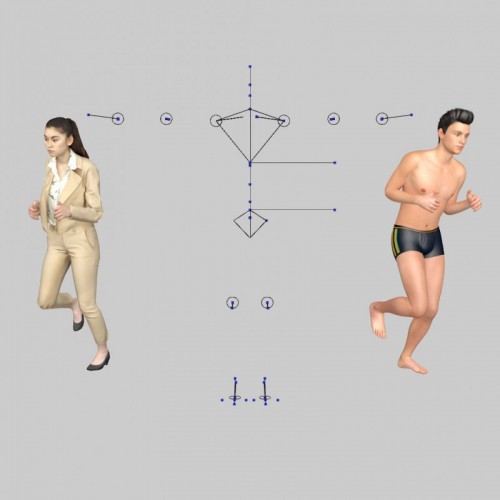 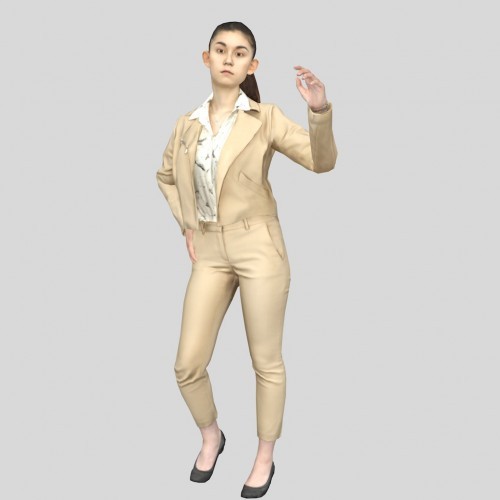 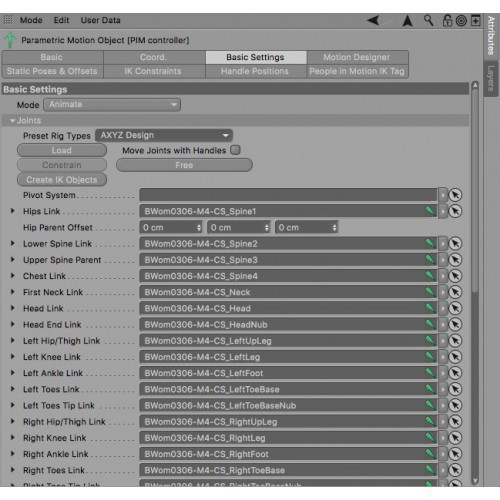 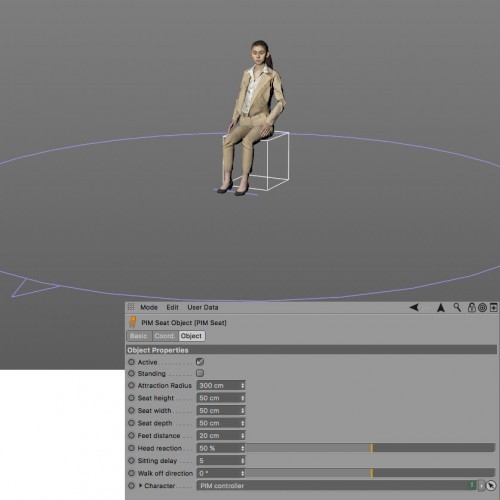 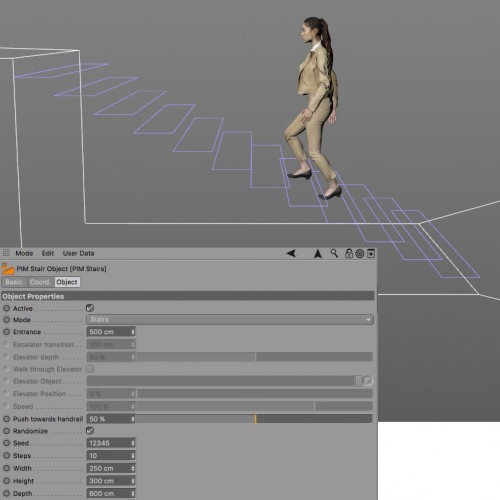 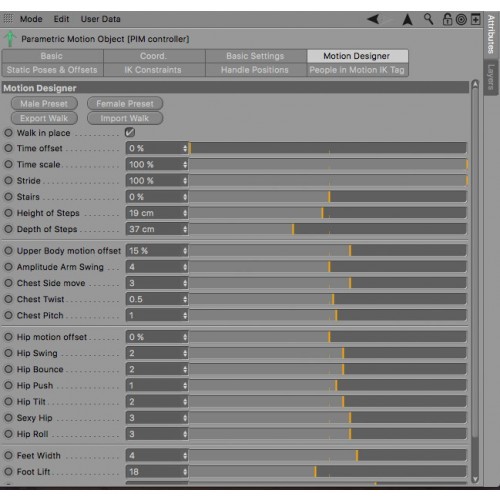 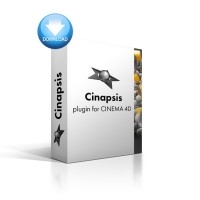 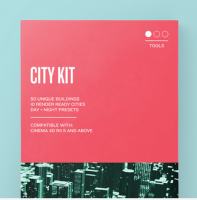 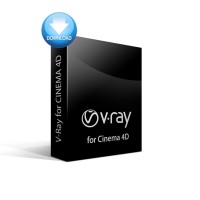 To design a walk animation, we have a Walk Designer build right into it. This includes other typical movements, such as walking up or down stairs or sitting down/standing up. Create your realistic, funny or stupid walk with just a few clicks and controls. Additional IK controls for the Head, Chest, Hips, Knees, Feet, Elbows and Hands can be set up automatically for individual animations. Overlay manual IK animations with generic walk or running animations with a push of a button.

It all doesn’t stop there as we also build in a simple Crowd control. Use Staircases, Elevators, Escalators, Seats, Curves or Wall objects to control the actions and waking paths of your characters. All this is directly build into Cinema 4D.

As we want every Cinema 4D user to have access to this must have animation tool, we offer this animation system for an insane low price.